NIC, CBA Confirms Merger for a Bank with Assets Worth Over Ksh. 444 Bn 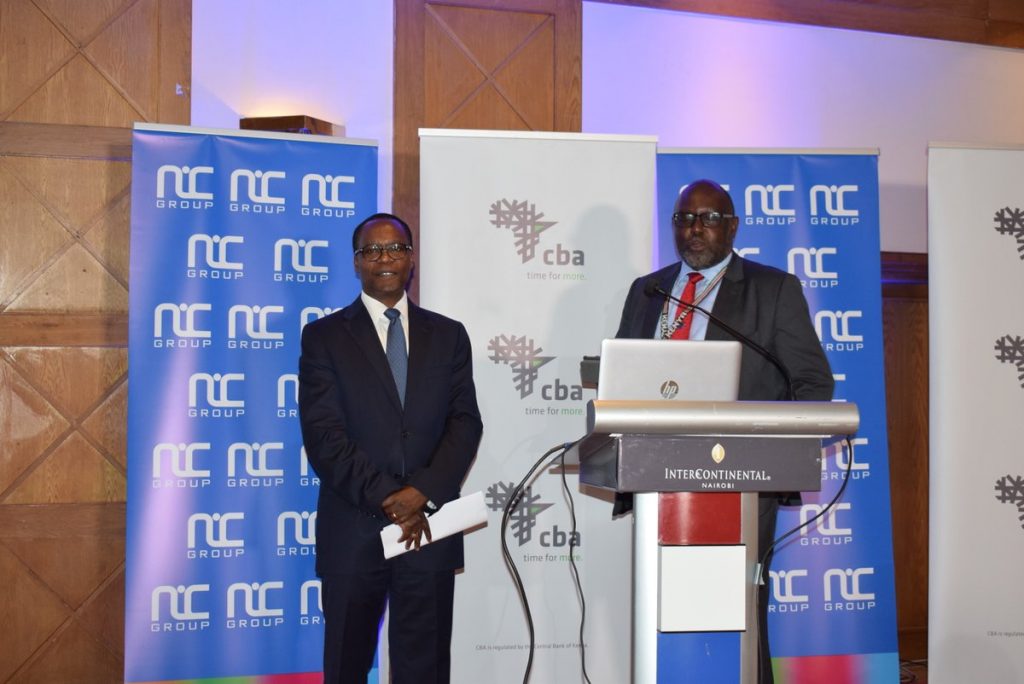 NIC Group PLC and Commercial Bank of Africa Limited (CBA) have confirmed their merger plans to form one of the largest financial institutions in the East Africa region.

The proposed merger will create a bank with the financial strength, expertise, and regional reach to support Kenya’s and the regions’ economic growth aspirations.

In particular, the merged entity will be in a strong position to play a key role in supporting Kenya’s economic ambitions, specifically facilitating implementation of the Big Four Agenda which focuses on food security, affordable housing, manufacturing, and universal healthcare.

The combined bank will be amongst the largest financial institutions in the East Africa region with a total asset base in excess of 444 Billion shillings and Shareholders’ Equity of 65 Billion shillings.

It will be the second largest bank in Kenya by customer deposits and third largest by total assets and a true market leader in Corporate Banking, Asset Finance, and Digital Banking.

The unified bank will operate a network of more than 100 branches across five regional economic centers including Nairobi, Kampala, Dar es Salaam, Kigali, and Abidjan.

Serving over 40 million customers, the combined entity will be the largest bank in Africa by customer numbers.

The proposed merger will be executed through a share swap, and it is proposed that the 34 shareholders of CBA will exchange their shares in CBA for new shares in NIC, which will be the holding company of the merged businesses and remain a publicly listed company quoted on the Nairobi Securities Exchange.

It is envisioned that the share exchange ratio will be based on a 47:53 relative valuation of NIC and CBA respectively.

The bank will provide a full range of financial products and services to corporate, institutional, SME and consumer banking customers, who will benefit from strong relationship management and customer service excellence.

On the digital front, the bank will remain a clear leader in innovation, through well-established brands such as M-Shwari and Fuliza in Kenya, M-Pawa in Tanzania, MoKash in Uganda and Rwanda, and MoMoKash in Côte d’Ivoire.

It will, therefore, play a key role in supporting the financial inclusion agenda in all these markets.

According to James P M Ndegwa, Chairman of NIC, the combined bank will be a very strong financial player in the region with the ability to drive growth and support Kenya’s ambitious economic agenda and that of its neighboring territories.

“Our enhanced capacity through capital and balance sheet consolidation, as well as combined product and service capabilities, will make us the preferred partner to anyone doing business in East Africa and beyond. It also presents an attractive prospect to our shareholders as the strategic benefits from the merged entity materialize and financial synergies are delivered,” he said.

Desterio A. Oyatsi, Chairman of CBA, noted that the merger presents them with the opportunity to play a critical role in the economies of the markets they operate in and the foundation to scale the bank’s business into other markets within our continent.

“We are well positioned to use our strong focus in relationship management, customer service, and digital delivery to change the face of banking in our markets. These are exciting times indeed, for our staff, our customers and shareholders,” Oyatsi said.

Up until the merger becomes effective the two entities will continue to operate independently. The merger is expected to be completed in the second half of 2019 after the two have obtained applicable shareholder and regulatory approvals, and completed various transactional agreements.