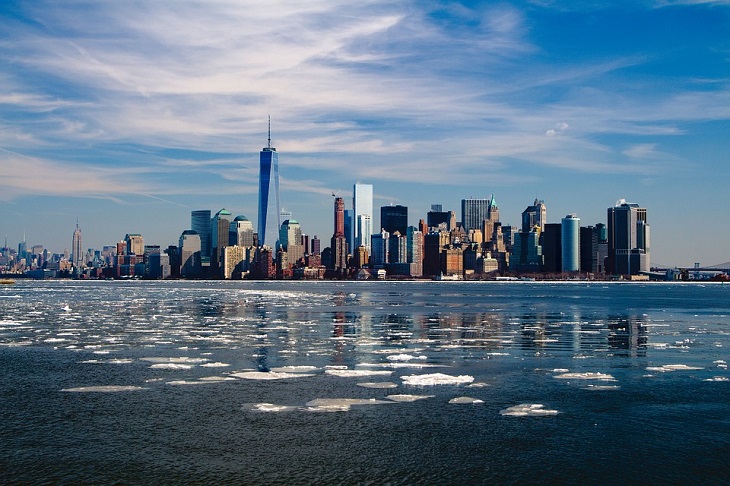 A  New York State Funeral Home has been forced to store dead bodies in four trucks after most of its rooms got overcrowded due to a rapid rise in the number of Covid-19 deaths.

According to CNN, Andrew Cleckley Funeral Home in Brooklyn has been storing bodies in trucks to supplement the already full and overcrowded rooms at the facility as more patients continue to succumb to the deadly Coronavirus.

A law enforcement official said someone tipped the authority about the situation after he noticed fluid dripping from one of the four tracks.

The officers found out that the four tracks were carrying a total of 60 bodies even though one of the trucks was unrefrigerated. The rest of the bodies were put in ice.

However, the officers later discovered that the bodies were from the Andrew Cleckley Funeral Home which was struggling to get rid of dead bodies and was coping with the situation by storing them in freezer trucks.

The law enforcement officers were told by another source that the bodies were awaiting cremation and since the facility was overwhelmed, it had to improvise.

“They were like almost everyone doing their best to cope,” one source said.

Brooklyn City has been the most hit area for weeks making it the epicenter of the coronavirus in the US. The city has confirmed over 17,000 cases since the outbreak hit the Country.

With a huge number of deaths, most facilities in the city have been overwhelmed prompting the New York State Health Department to send the freezer trucks to store the bodies.

“Funeral directors are required to store decedents awaiting burial or other final disposition inappropriate conditions and to follow their routine infection prevention and control precautions,” announced a New York State Department in a statement.