The BBI reggae in Kenya was just starting after a long break that was as a result of Covid-19. Although the pandemic is still on, those for and against the BBI are out, marshaling their troops.

As the reggae begins to take shape, Chief Justice David Maraga just dropped a new tune and now the sound is at the crescendo. The CJ has asked the President to dissolve Parliament for failing to enact the two-third gender rule as stipulated in the constitution.

From how Kenyans have received the news, it seems the majority of them are excited and want the Son of Jomo to go ahead and implement the request from the Chief Justice David Maraga. 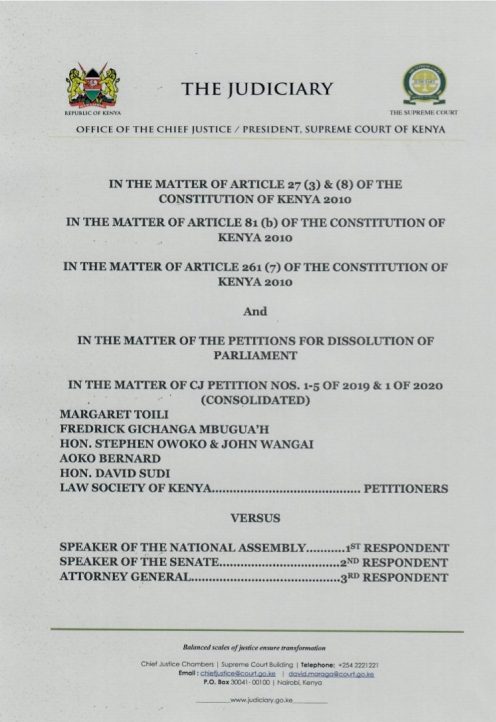 According to CJ Maraga, his decision to send the letter to President Uhuru Kenyatta was based on the six petitions that had been presented before him asking for his take on the constitutional impasse.

“The petitions are based on the grounds that despite four court orders compelling Parliament to enact the legislation, … Parliament has blatantly failed, refused or neglected to do so,” said CJ Maraga in a 10-page document. 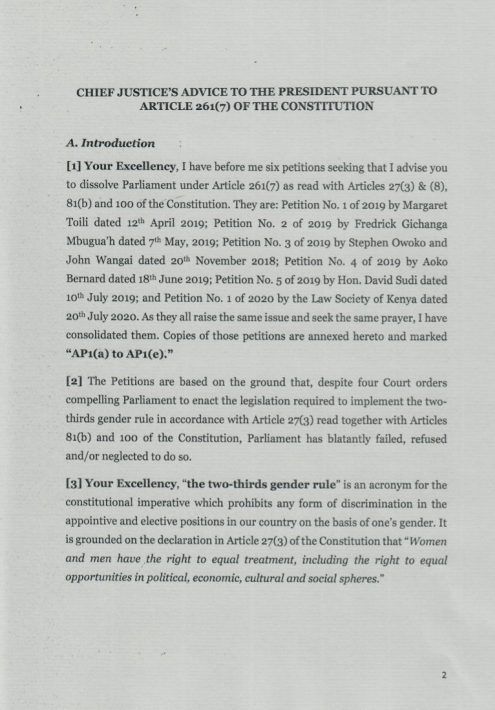 The two-third gender requirement has been a thorny issue in Kenyan politics since the promulgation of the current constitution 10 years ago.

Despite the fact that the Constitution of Kenya provided for the position of 47 women to be elected in the position of Women Representatives, the provision has not managed to meet the 2/3 gender rule in the National Assembly.

Various leaders and lawyers have weighed into the matter saying the provision by the constitution is hard to achieve through the ballot. The then Chief Justice Dr. Willy Mutunga advised parliament to enact a law that will see the implementation of the 2/3 gender provision.

“Every gambler will tell you that is hard to achieve that requirement through the ballot. You cannot, also, force people to vote for someone they don’t want just because she is a woman,” said one lawyer.

But is the president going to listen to CJ Maraga? Maybe and maybe not. It is not a must he does. He holds the final decision and he can choose to follow it or ignore it. 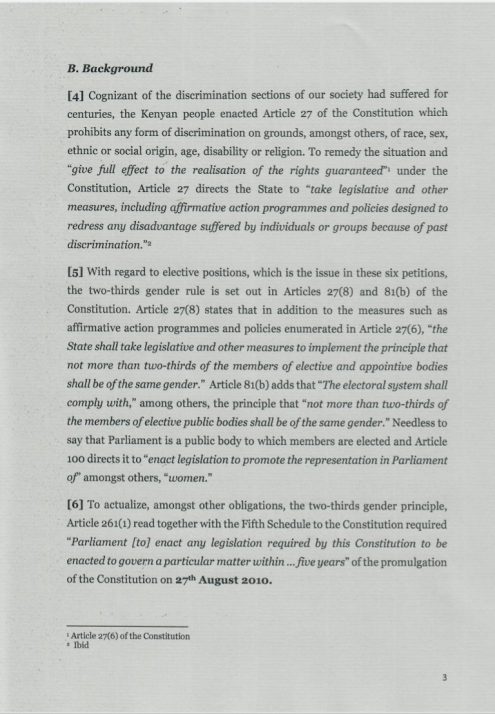 Nobody can stop reggae.

READ: Covid-19 May Have Driven 100 Million People Into Extreme Poverty

How To Perform Self-Breast Examination For Cancer

Traders Involved In Illegal Repackaging of Food To Be Prosecuted

WHO Warns Against “The Politicization” Of COVID-19