Currently, the statistics indicate that there is a vehicle for every 30 Kenyans. With a bursting population of 40 million-plus, more than 10,000 vehicles are sold in Kenya annually.

The National Transport and Service Authority (NTSA) registers 7,000 vehicles monthly and 90,000 every year in Nairobi. With roads not expanding, Nairobi is likely to continue experiencing traffic jams as years go by. 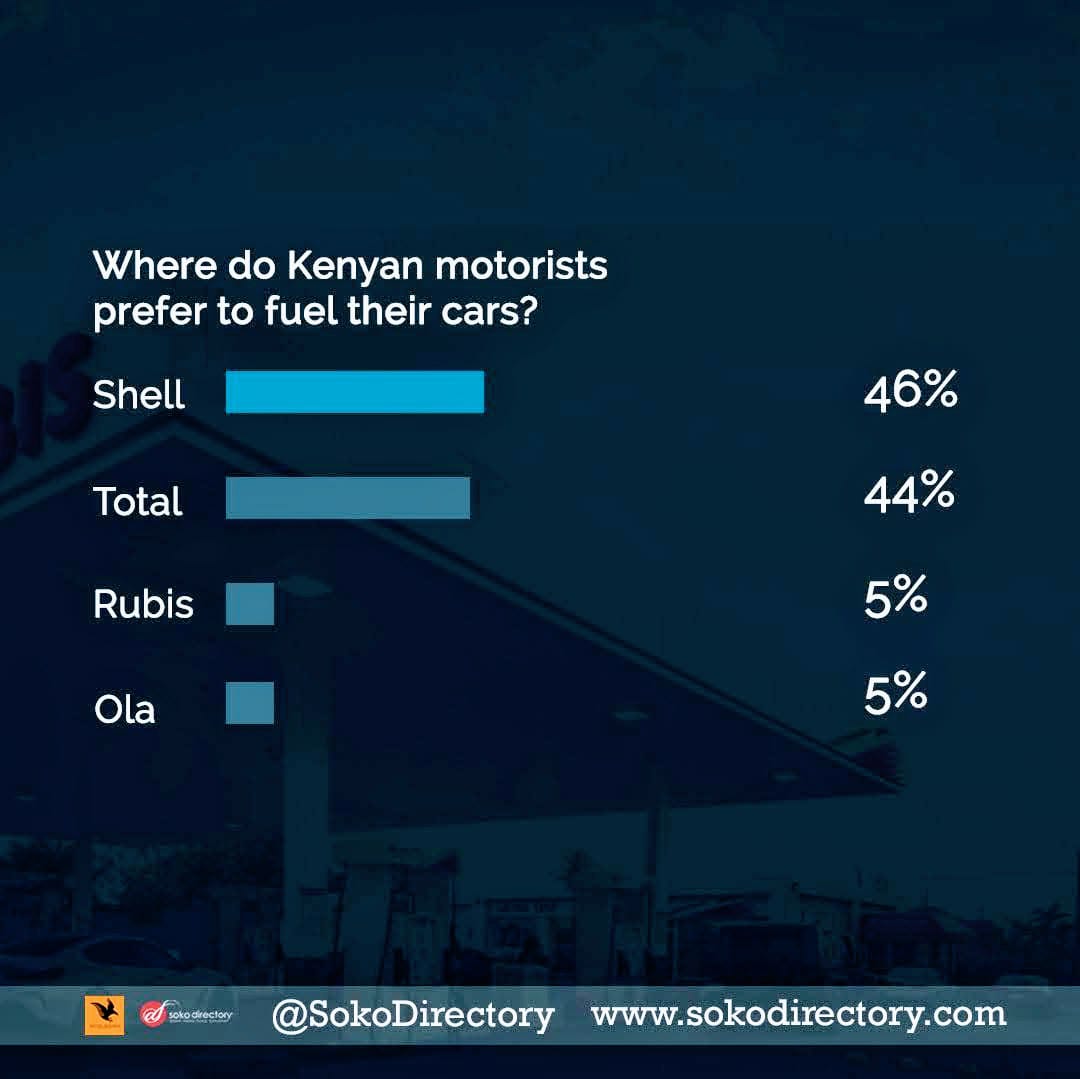 But why do they prefer the four fueling stations, especially Shell and Total Kenya? Most respondents say at both Shell and Total, one is assured of quality fuel with no incidences of adulteration as compared to others. They also say the two companies often run promotions that give incentives to motorists.

During the January – March 2021 period, the Authority conducted 5,536 tests at 1,182 petroleum sites. From the tests, 98.99 percent were found to be compliant. 12 sites were however found to be non-compliant and were shut down.