Kenyans Given 18 Months To Change Their Number Plates 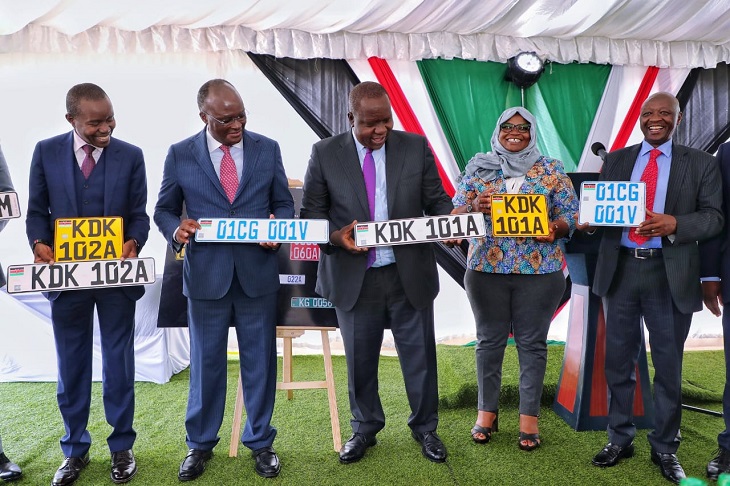 Kenyans have 18 months to replace the number plates on their cars. The Ministry of Interior led by CS Fred Matiang’i has launched new “digital number plates” that will replace all the existing ones. One will have to pay 3,000 shillings.

Matangi said the government has the capacity to replace all the more than 4.8 million number plates in the country but has extended the duration to 18 months. The CS says every Kenyan who owns a car must replace the number plates before then.

“The work is being done by a multi-agency unit of the security sector and is part of the reforms initiated by President Uhuru Kenyatta after the 2019 Dusit attack,” Matiangi said. The number plates are being made by GSU Recce Unit and were launched at the headquarters.

The plates that comply with the amended Traffic Act of 2016 will bear additional features some of which that shall be visible physically and others only to security agencies for ease of tracing in the event they are involved in committing the crime.

On his part, Transport CS James Macharia said the new plates will cover 12 categories of vehicles in line with the legal notice 62 of 2016 and allow ease of monitoring vehicles coming into the country that ranks as a major transit hub in the region.