Kenya has a shortage of 3,238 medical officers, with the required number being at least 5,317. Using this index, Kenya's ratio is only 13.8 per 10,000 population, according to the Human Resources for Health policy brief by the Ministry of Health.

The Kenya Medical Practitioners Pharmacists and dentists’ Union (KMPDU) has called upon media houses to do the right investigation before publishing any story to the public.

This follows a recently published investigative story by a Kenyan media house, disclosing how Kenyan health workers pocket huge salaries despite absconding their duties in their designated public hospitals to focus on their private clinics.

In a statement, KMPDU secretary general DR. Davji BHIMJI Atellah commended the role the article has played in sensitizing the public on the ongoings in the public hospitals, however noting it was not well researched.

KMPDU accused the author of the article of trying to criminalize health workers for running private businesses. 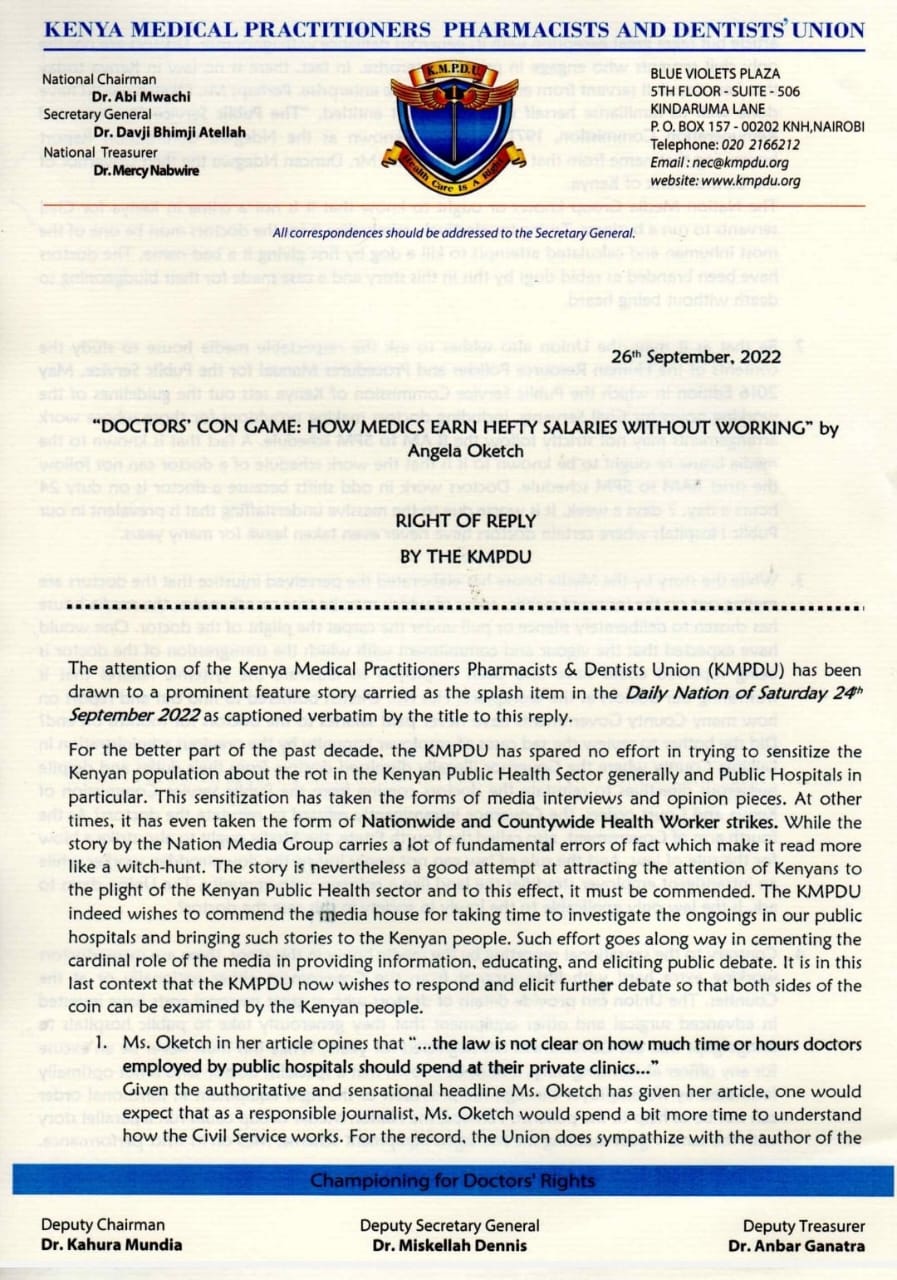 “For the record, the union does sympathize with the author of the article but takes great exception with its general dalliance with ignorance. Doctors are not the only civil servants who engage in private practice. In fact, there is no law in Kenya today that bars any civil servant from engaging in private enterprise,”

“Trying to selectively criminalize it for the doctors must be one of the most inhuman and calculated attempts to kill a dog by first giving it a bad name. The doctors have been branded as rabid dogs by this story and a case made for their bludgeoning to death without being heard.” reads the statement in part. 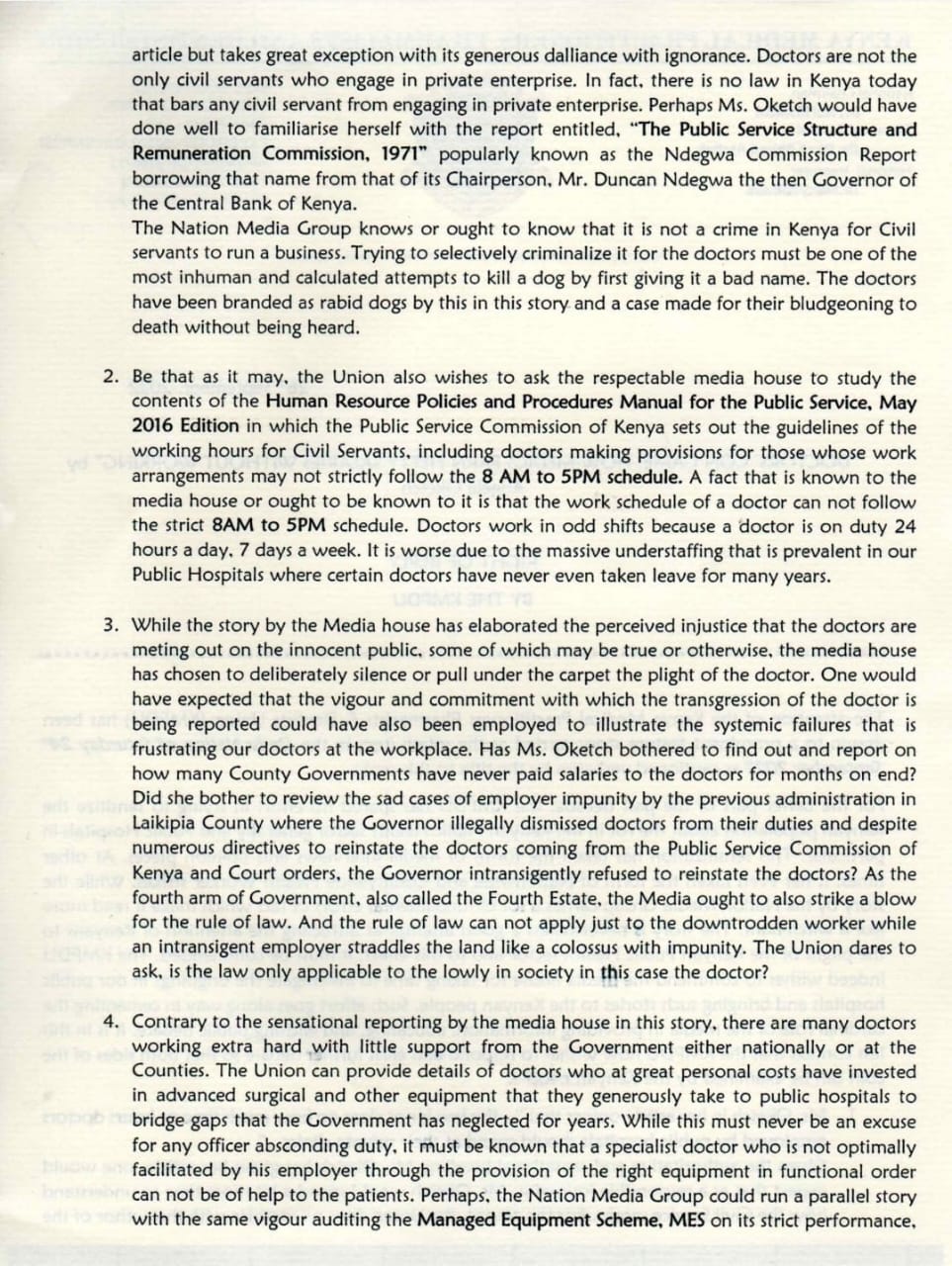 Regarding the working hours for health workers, Atellah clarified that their work schedule cannot follow the strict 8 AM to 5 PM schedule, given that they work odd shifts and every doctor is on duty for 24 hours. He said some doctors have gone for years without taking leaves owing to the massive understaffing that is prevalent in public hospitals.

Atellah added that many doctors are working extra hard with little support from the government either nationally or in the counties, with some going to some extent taking roles that the government has neglected at their personal cost.

“The story by the media house describes doctors’ salaries as hefty. This has shocked the KMPDU. The union is out here agitating to have the government commit to a Collective Bargain Agreement, CBA for the cycle 2021-2025. It is instructive to note that State agencies including the Salaries and Remuneration Commission, and SRC have studiously blocked any attempts for a CBA to be concluded. Could it be that the media house is working on behalf of other forces hellbent on frustrating the quest of doctors for better teams of service by creating a perfect alibi that doctors do not work anyway?..’’ he said.